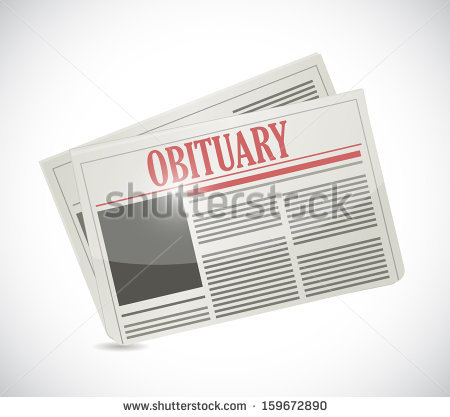 “IF GOD WROTE YOUR OBITUARY, WHAT WOULD HE SAY?”

“OBITUARY” –  “a published announcement of a death, often accompanied by a short biography of the dead person”  (*See Footnote [i]).

[13]  So Saul died for his trespass against the Lord [in sparing Amalek], for his unfaithfulness in not keeping God’s word, and also for consulting [a medium with] a spirit of the dead to inquire pleadingly of it.

[14]  And inquired not so of the Lord  [in earnest penitence]. Therefore the Lord slew him and turned the kingdom over to David son of Jesse.

Often when I read a great book, I want to read even more by the same author.  My last blog-post was a study in the Book of Ezra in the Old Testament, and since Ezra was the author/writer of the volumes of Chronicles, Ezra, and Nehemiah, why not dig into 1 Chronicles.  Some scholars attribute the possibility that Ezra may have been the author of Ester as well.

So for the past week, I’ve been reading and studying 1 Chronicles which brings me to this particular blog-post in Chapter 10.

Verse 13-14 of 1 Chronicles 10 provides a sad OBITUARY of a man who had been called of God but whose life ended in tragedy and ruin.  God cuts no quarters in telling us exactly what brought down this man of God.

In this WORD DETECTIVE investigation into the Scripture provided, I want for us to consider what God has to say concerning Saul that might be a warning for all us to take heed.

What does a person do when they BREACH a thing?  Going to my Thesaurus and Google Search, I came up with this brief definition:

#1. An act of breaking or failing to observe a law, agreement, or code of conduct.

We have a definition, so let’s begin to search out the Spirit of God and dig deeper into the Word.

THE KING WAS SO PRIVILEGED, SO WHAT HAPPENED?

From a natural point he was outstanding:

“…a choice young man and handsome; among all the Israelites there was not a man more handsome than he.  He was a head taller than any other of the people”  (1 Samuel 9:2b AMP).

Saul was given a new heart besides by God–

“The Spirit of the Lord will come upon you mightily…and you will be turned into another man”  (1 Samuel 10:6)

Saul was chosen by God for a TASK: To SAVE Israel–

“And Samuel said to all the people,  Do you see him whom the Lord has chosen, that none like him is among all the people?  And all the people shouted and said, Long live the king!”  (1 Samuel 10:24).

God touched the hearts of other lives around him–

“Saul also went home to Gibeah; and there went with him a band of valiant men whose hearts God had touched”  (1 Samuel 10:26).

Everything seemed to be in Saul’s favor:

–  Had a good standing in the nation.

–  Distinctly called and commissioned by God.

–  Honored with the friendship of Samuel.

–  Surrounded by a band of men whose hearts God had touched.

Wow!  What privilege Saul must have had and thought of himself in having.  Do you ever feel like a PRIVILEGED one in your ministry?  Not you?

Believers in JESUS have been chosen by God to take the message of salvation to the world:

“You have not chosen Me, but I have chosen you and I have appointed you [I have planted you], that you might go and bear fruit and keep on bearing, and that your fruit may be lasting…”  (John 15:16).

God doesn’t want for us to be “Lone Ranger Christians” and provides and touches the lives of others to co-labor with us:

“For we are fellow workmen (joint promoters, laborers together) with and for God…”  (1 Corinthians 3:9).

Saul OBEYED God’s command but NOT to the letter.

In 1 Samuel 15, we see Saul in obedience to God’s command with his valiant men fighting the Amalekites.  He won the battle, but failed to do everything the LORD said.  Rather, he chose to do it his way.

Some feel that the end justifies the means–that’s REBELLION!  Note what God’s Word says in 1 Samuel 15:23-24:

“For rebellion is as the sin of witchcraft, and stubbornness is as idolatry and teraphim (household good luck images).  Because you have rejected the word of the Lord, He also has rejected you from being king.  [24] And Saul said to Samuel, I have sinned; for I have transgressed the commandment of the Lord and your words, because I feared the people, and obeyed their voice.”

A Lovely Thought, But Still Disobedience…

While vacationing, a little girl was told not to go by the cliff, and wandered out toward it when her dad fell asleep.  She reached out over the rocks and grabbed a pretty flower and ran back to her dad and said,  “Look what I brought to you.”  He grabbed the flower and threw it down and clutched his little daughter and said,  “You have disobeyed. I’d rather have you than anything you could give me.”  Sound a bit harsh?  Perhaps.  But to DISOBEY God is the ultimate REBELLION–the scowl, the folded arms in position of defiance.

The Regrets From Unfaithfulness–1 Chronicles 10:13:

So Saul died for his unfaithfulness which he had committed against the Lord, because he did not keep the word of the LORD.

Verse 13 (ESV):  So Saul died for his breach of faith. He broke faith with the LORD in that he did not keep the command of the LORD.

Seeking the Advice of the World–

According to Verse 13, Saul not only ignored God’s Word, but sought out and consulted the world–“…[a medium with] a spirit of the dead…”

WHAT IS WISDOM OF THE WORLD?

In study for this blog, I discovered the WORLD SYSTEM is committed to at least FOUR major objectives:  [*See Footnote [ii] ]

“I LOVE MONEY.  I love everything about it!  I bought some pretty good stuff.  Got me a $300 pair of socks.  Got a fur sink.  An electric dog polisher.  A gasoline powered turtleneck sweater.  And, of course, I bought some dumb stuff, too”  ~ by Steve Martin.

That’s another word for popularity.  It’s the longing to be known, to be a somebody in someone else’s eyes.

This is having influence, maintaining control over individuals or groups or companies or whatever.  It is the DESIRE to manipulate and maneuver others to do something for one’s own benefit.

At its basic level, PLEASURE has to do with fulfilling one’s SENSUAL DESIRES.  It is the same mindset that’s behind an all together familiar slogan:  “If it FEELS GOOD, do it!”

God’s System Vs. The World’s System:

“But seek (aim at and strive after) first of all His kingdom and His righteousness (His way of doing and being right), and then ALL THESE THINGS taken together will be given you besides” (Matthew 6:33).

“BLESSED  (HAPPY,  fortunate, prosperous, and enviable) is the man who walks and lives not in the counsel of the ungodly  [following their advice, their plans and purposes], nor stands  [submissive and inactive] in the pth where sinners walk, nor sits down  [to relax and rest] where the scornful  [and the mockers] gather” (Psalm 1:1).

FAILING TO SEEK GOD AND HIS WILL–His Word

In 1 Chronicles 14, Saul,  “He did not seek guidance from the Lord.  Therefore the Lord put him to death and turned the kingdom over to David the son of Jesse”  (English Standard Version-ESV).

Th Jameison-Faussett-Brown Bible in their commenting on the statement given in 1 Samuel 28:6 says, Saul inquired of God alright, but Saul  “…had done so in form, but not in the spirit of a humble penitent, nor with the believing confidence of a sincere worshipper.”

“Whoa!,” I thought when I first read the comments.  At times, I have asked questions of my heavenly Father, just as a matter of form in my prayers, not expecting an actual answer.  Did I really have the “believing confidence” that God would answer?

Saul’s inquiry was, in fact, mere mockery.  His total want was really for all right religious impressions toward others surrounding him in his kingdom manifested by his rushing FROM GOD TO an imposter “in the service of the devil.”

If any of you is deficient in wisdom, let him ask of the giving God  [Who gives] to everyone liberally and ungrudgingly, without reproaching or fault-finding, and it will be given him.”

Many today who are like Saul, operating in their own kingdom, seeking counsel from everywhere but God and His Word!  Usually, it’s because they don’t really want to hear what God has to say!

Saul Lost Everything God Had Given Him (Vs. 14 b.)

Saul had lost contact with God, lost God’s anointing; an enablement for the task at hand.  Saul lost his character, he lost his kingdom and lost everything that God had given.

Sin has devastating consequences for not only us, but our descendants as well.

“The Lord!  the Lord! a God merciful and gracious, slow to anger, and abundant in loving-kindness and truth.  [7] Keeping mercy and loving-kindness for thousands, forgiving iniquity and transgression and sin, BUT…Who will by no means clear the guilty, visiting the iniquity of the fathers upon the children, and the children’s children, to the third and fourth generation.”

[6] So Saul died; he and his three sons and all his house died together,  [7] And when all the men of Israel who were in the valley saw that the army had fled and that Saul and his sons were dead, they forsook their cities and fled; and the Philistines came and dwelt in them.

We don’t operate in a vacuum and that one person’s sin affects others beyond himself.  It’s like the saying your parents may have referred to when they were unhappy with the crowd you were hanging out with:  “One rotten apple will spoil the whole barrel!”

Saul committed a BREACH OF FAITH that cost him dearly.

When you accepted Christ Jesus, you pledged your FAITH in Him and Him alone.  Have you breached that faith by your actions, or lack thereof?

“[8] If we say we have no sin [refusing to admit that we are sinners], we delude and lead ourselves astray, and the Truth [which the Gospel presents] is not in us  [does not dwell in our hearts].  [9] If we [freely] admit that we have sinned and confess our sins, He is faithful and just (true to His own nature and promises) and will forgive our sins [dismiss lawlessness] and [continuously] cleanse us from all unrighteousness [everything not in conformity to His will in purpose, thought, and action].”

THERE IS NO BREACH OF FAITH IN HIM!

Footnote:  [i] The Free Dictionary.com; [ii] Charles Swindoll’s Living Above the Level of Mediocrity, p. 219