22-24  Don’t fool yourself into thinking that you are a listener when you are anything but, letting the Word go in one ear and out the other.  Act on what you hear!  Those who hear and don’t act are like those who glance in the mirror, walk away, and two minutes later have no idea who they are, what they look like.

25  But whoever catches a glimpse of the revealed counsel of God–the free life!–even out of the corner of his eye, and sticks with it is no distracted scatterbrain but a man or woman of action.  That person will find delight and affirmation in the action. 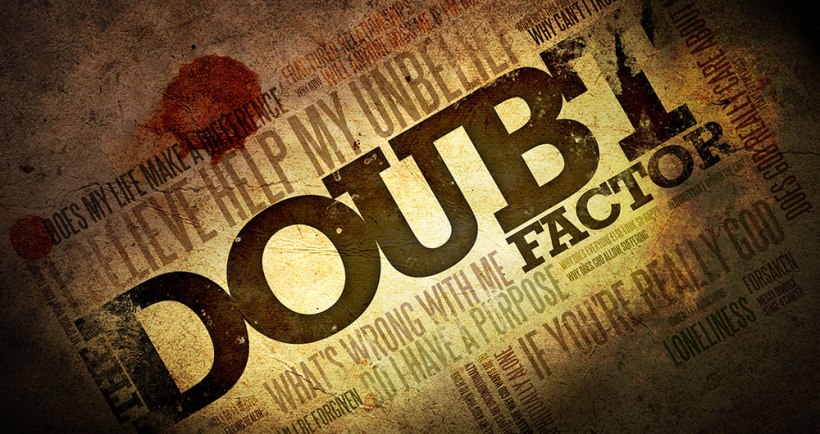 Malcolm Muggeridge was a British journalist, author, media personality, and satirist. Also, during World War II, he worked for the British government as a soldier and spy.

Here is one of his noteworthy quotes I found at BrainyQuote–Malcolm Muggeridge:

“One of the peculiar sins of the 20th Century which we’ve developed to a very high level is the sin of credulity.  It has been said that when human beings stop believing in God they believe in nothing.  The truth is much worse:  they believe in anything.”

Before giving a good working definition for UNBELIEF, let me give you a dictionary definition (any dictionary) of the word BELIEF:

An opinion or judgment in which a person is fully persuaded.

So Biblical Unbelief can be defined as “believing and acting based on my and the world’s lies instead of God’s Truth in His Word.”  [*See Footnote (i) ]

There Are Different Forms of UNBELIEF –

—  NOT believing God’s Word (the Bible).

—  NOT believing God’s way is the best way.

II.  UNBELIEF IS RELATED TO DOUBT:

DOUBT dwelt on, not confronted and challenged as displayed in 2 Corinthians 10:5,  will lead us into DOUBT:

5 “[Inasmuch as we] refute arguments and theories and reasonings and every proud and lofty thing that sets itself up against the [true] knowledge of God; and we lead every thought captive and purpose away captive into the obedience of Christ.”

Unanswered questions–doubt which not dealt with… can and will lead to unbelief.

8 [For being as he is] a man of two minds (hesitating, dubious, irresolute), [he is] unstable and unreliable and uncertain about everything [he thinks, feels, decides].

JAMES 1:6 (NIV):  But when he asks, he must BELIEVE and not DOUBT, because he who doubts is like a wave at sea, blown, and tossed by the wind.

Instability in the Christian life results in…

– Miss seeing God work and grow closer to Him in relationship.

And at a bigger level, eternity and others lose –

That said, there are QUESTIONS that arise in “double mindedness”–instability:

How can they call on the One they’ve not believed on?

How can they believe in the One Whom they’ve not heard?

And how can they hear without someone preaching to them?

“And He [Jesus] did not do many works of power there, because of their unbelief  (their lack of faith in the divine mission of Jesus)”  (Matthew 13:58).

Where DOUBT comes from –

FUNDAMENTALLY:  Not applying God’s Word in my life – James 1:22

* WEED ANALOGY – Destroying UNBELIEF and not letting it grow back!

I use the term “weed analogy”, because of my enjoyment of working in the garden and fighting the constant invasion of WEEDS.  An enjoyment?  Yes, because I know if I stay at it, diligent in the doing, there will be a harvest of righteousness.

Learn to recognize it–Get in the Word (your bible) daily!

Remember in your Christian pilgrimage to build up your FAITH – “…in accordance with the measure of faith God has given you”  (Romans 12:3).

He said to them [insert your name in place of “them”–“you”],  Because of the littleness of your faith [that is, your lack of firmly relying trust].  For truly I say to you, if you have faith [that is living] like a grain of mustard seed, you can say to this mountain, MOVE from here to yonder place, and it will move; and nothing will be impossible to you.

In Mark 9:17-27, we see a desperate father of a demon possessed boy who asks Jesus,  “If you can do anything, do have pity on us and help us.”

Jesus replies,  “If You can do anything?”  “All things can be possible to him who believes.”

The father then replies,  “Lord I believe!  Help my weakness of faith!

The HOLY SPIRIT empowers me to radically believe and obey my heavenly Father.  I don’t have to let UNBELIEF kill me–what lies am I believing?

If I will “radically” believe–go out on a limb with trust–anything is possible what God can do!

18  And having been set free from sin, you have become servants of righteousness (of conformity to the divine will in thought, purpose, and action).

22  But now since you have been set free from sin and have become slaves of God, you have your present reward in holiness and its end is eternal life.

“Those who do not believe do not pray. This is a good functional definition of FAITH:  Faith prays, unbelief doesn’t.”

We are TEMPTED when we are in trouble.

Let’s live our lives trusting Him to do HUGE things!  You might have to climb out on a limb of FAITH to see the results of your faithfulness.

Tozer said, “Unbelief is actually perverted faith, for it puts its trust not in the living God but in dying men.”

Acting on our faith –

To act on what we hear, is not simply to try harder not to say, not complain or be anxious.

He is encouraging them [US] to do whatever they [WE] need to do in order to feed their [OUR] faith in their heavenly Father.

“But he who looks carefully into the faultless law, the [law] of liberty, and is faithful to it, being not a heedless listener who forgets but an active doer [who obeys], he shall be blessed in his doing (his life of obedience)”  ~ James 1:25

So we turn our ANXIETY over to JESUS Himself–our desire to grumble and complain (Boy, do I need to do more weeding in this area).

We hand over each day, our relationships, thoughts, and questions to God, moment by moment, allowing our FAITH in Him to become a living thing.

Footnote [i]: By Nate Herbst.

One thought on “The Doubt and Unbelief Factor In Christianity”