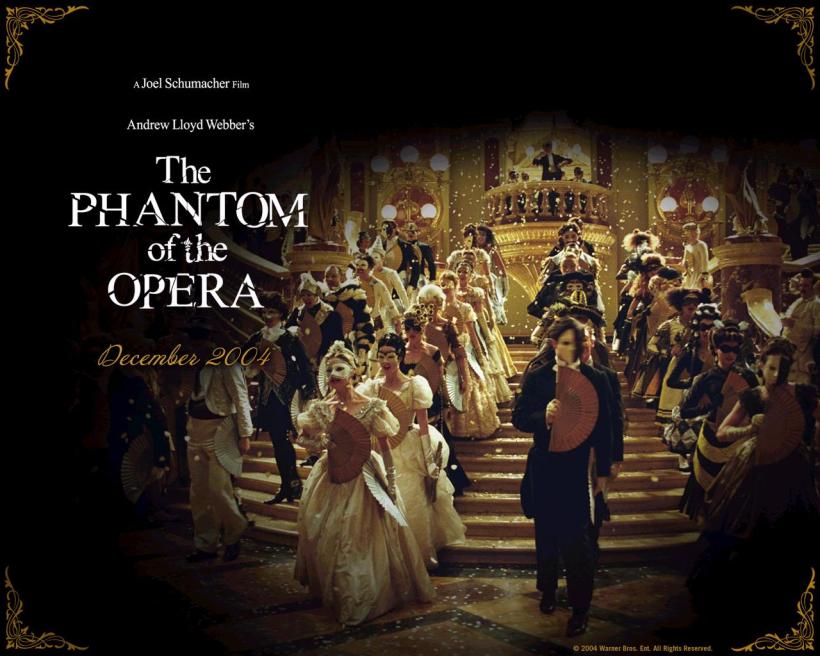 [3] “[The acts of the hypocrite’s worship are as abominable to God as if they were offered to idols.]  He who kills an ox [then] will be as guilty as if he slew and sacrificed a man; he who sacrifices a lamb or a kid, as if he broke a dog’s neck and sacrificed him; he offers a cereal offering, as if he offered swine’s blood; he who burns incense [to God], as if he blessed an idol.  [Such people] have chosen their own ways, and they delight in their abominations;  [4] So I also will choose their delusions and mockings, and I will bring their fears upon them–because when I called, no one answered; when I spoke, they did not listen or obey.  But they did what was evil in My sight and chose that in which I did not delight”  (Isaiah 66:3-4 AMP).

Well, after a month and a half, and my last three posted blogs, I find myself in the last chapter of Isaiah.  You might be asking yourself, as I found myself asking,  ‘Why these particular verses of the last chapter?  The Religious Ways of Man?’

WITHOUT A HUMBLE SPIRIT:

FIRST of all, the focus is NOT on HUMILITY, or even definitions of WORSHIP, but more about “the WHY’s” of our worship; why we do the things we do.

Often over the years, I have wondered why Christian denominations practice their rituals of worship without any Biblical understanding.  Christmas Advent Candles, Lent, Ash Wednesday, Church fasting, and Communion…on the first Sunday of every month, are just some examples.

Now I’m not saying that these religious events are out-of-order in the Church, but has religion and religious acts, for the sake of ‘just doing it because of tradition become hateful and distasteful to God?  There becomes a ‘honor with lips, but the heart holds up’ (Mark 7:6) that shows up in our private and corporate ways of worship.  Now that I got that off my chest…that’s where I want to begin.

The language seems specifically chosen for the purpose of offending religion in that day, even in our day.  Strange comparisons in verse 3 indicate people’s religious sacrifices and offerings were but an external ritual.

WHAT IS HYPOCRISY IN WORSHIP ?

Lets start out with Stephen D. Renn’s Expository Dictionary of Bible Words based on the Hebrew and Greek Texts:  The Old Testament word for Hypocrisy, Hypocrite in the Hebrew Language is haneph [Strong, 2611].

In Isaiah 66, the term is used by the Amplified translators use of Brackets [  ]; contain justified clarifying words or comments not actually expressed in the immediate original text, as well as definitions of Hebrew and Greek names.  This idea was intended to achieve the greatest possible clarity and understanding in their reading of the text.  The Amplified Bible is what I choose to read and study for this Blog.  I am NOT necessarily endorsing the translation as the only accurate translation, just my personal choice.

In Mark 7:6-7, JESUS is speaking to the “religious leaders” of His day:

“[6] Excellently and truly did Isaiah prophesy of you, the pretenders and hypocrites, as it stands written:

These people [constantly] honor Me with their lips, but their hearts hold off and are far distant from me.

[7]  In vain (fruitlessly and without profit) do they worship Me, ordering and teaching [to be obeyed] as doctrines commandments and precepts of men.”

The Strange Comparisons of Isaiah 66:3–

The words Isaiah uses, indicates the peoples religious sacrifices and offerings of that day were but an external ritual; a tradition of religion.  Their proud sacrifices were but external compliance to man.  In their hearts…they still served themselves.

Since there was no change in heart [“heart condition”], their tithes and offerings had become an abomination to God, as murder was and perverted as offering unclean animals (Lev. 11:7).  In reality, they were going do it their way (Isaiah 53:6; 65:12), rather than the Lord’s way.  Frank Sinatra would have been proud!

“For I desire and delight in dutiful steadfast love and goodness, not sacrifice, and the knowledge of and acquaintance with God more than burnt offerings.”

Anything, and I mean “anything” we give to God, not accompanied by a heart of mercy and obedience isn’t acceptable.  Our society that we live in and work in, urges us to be assertive; follow our urges and fulfill our desires.

Don’t let your freedom and right to choose lead you away from God’s pathway of eternal life.  God looks for a heartfelt obedience      (2 Chronicles 16:9; 1 Samuel 16:7).

Why God Despises Their Worship–

“So I will choose their delusions and mockings, their calamities and afflictions, and I will bring their fears upon them–because when I (God) called, no one answered; when I spoke, they did not listen or obey.  But they did evil in My sight and chose that in which I did not delight”  (Isaiah 66:4).

Their refusal, in responding to God’s call to come and listen to Him, brought about harsh judgement in the last four lines of verse 4.  It is almost identical to Isaiah 65:12 based on people’s choices.

People in Israel (the congregation), professed to know the Lord in their doings.  But actually, their doings, their play-acting— were evil because they did not choose God’s way.  And since they have chosen their way, God will choose their punishments; they will become victims of nameless fears which haunt their subconscious minds.

“SPIRITUAL HEART DISEASE” CAN BE PREVENTED!

“Hear the word of the Lord, you who tremble at His word:  Your brethren who hate you, who cast you out for My name’s sake, have said, Let the Lord be glorified, that we may see your joy!  But it is they who shall be put to shame.  [6] [Hark!]  An uproar from the city!  A voice from the temple!  The voice of the Lord, rendering recompense to His enemies!  (Isaiah 66:5-6 AMP).

The Holy Spirit will lead you in worship.

He will put aside the masks of power, position, pride from your heart in order to humble yourself under God’s mighty hand.  Resist manipulation in the temptation to use your power, position of authority and pride to manipulate people to your advantage.

“Therefore humble yourselves [demote, lower yourselves in your own estimation] under the mighty hand of God, that in due time He may exalt you”  (1 Peter 5:6 AMP).

Ask the Lord to help you put aside your dependence on your power, position or pride; enabling you in the best of ways.

UNVEILING THE FIVE MASKS  OF “RELIGIOSITY”:

The Holy Spirit sends discouragements to those who try to hide behind the “Mask of Legalism”.  Paul wrote to the church at Colossae:

“If then you have died with Christ to material things and have escaped from the world’s crude and elemental notions and teachings of externalism, why do you live as if you still belong to the world?”  (Colossians 2:20).

“If then you have been raised with Christ, aim at and seek the [rich, eternal treasures] that are above, where Christ is, seated at the right hand of God.  [2] And set your minds and keep them set on what is above, not on the things that are on the earth”  (Colossians 3:1, 2 AMP).

2.  The Masks of “Super Spirituality”–

YES, the Holy Spirit takes us to task with this “chameleon” camouflage we put on at times.  JESUS said to the super-religious of His day,  “You are the ones who declare yourselves just and upright before men, but God knows your hearts.  For what is exalted and highly thought of among men is detestable and abhorrent (an abomination) in the sight of God”  (Luke 16:15).

* Ask the Lord to teach you how to be more responsive to His correction when you lean towards Pharisaic spirituality.

3.  The Hiding Behind “Frantic Activity” Mask–

Paul’s letter to the church in Galatia addresses the congregation on this very issue, saying to them,  “know that man is not justified by observing the law, because by observing the law no one will be justified.  [17] If, while we seek to be justified in Christ, it becomes evident that we ourselves are sinners, does that mean that Christ promotes sin?  Absolutely not!”  (Galatians 2:16-17 NIV).

* Ask Holy Spirit to find your satisfaction by obeying the will of God, instead of trying to impress people with your church related activities.

JESUS said,  “Woe to (alas for) you when everyone speaks fairly and handsomely of you and praises you, for even so their forefathers did to the false prophets”  (Luke 6:26 AMP).

* Ask the Lord to help you from hiding behind the “Mask of Popularity”, choosing instead… the of pleasing God, regardless of whether or not it pleases people.

5.  The Holy Spirit Counsels Church Leaders In Hiding Behind the Mask of “Super-Rationalism”–

Paul wrote to the Assembly of Corinth:

“And my language and my message were not set forth in persuasive (enticing and plausible) words of wisdom, but they were in demonstration of the [Holy] Spirit and power [a proof by the Spirit and power of God, operating on me and stirring in the minds of my hearers the most holy emotions and thus persuading them],  So that your faith might not rest in the wisdom of men (human philosophy), but in the power of God”  (1 Corinthians 2:4-5 AMP).

* Ask the Lord to help you rely more on the Holy Spirit’s empowering rather than human wisdom.

throughout history or are we acting today.  Christianity stands or falls

on the person of Jesus and Jesus was not a hypocrite.

He lived consistently with what He taught, and at the end of His life

He challenged those who had lived with Him night and day,

for over three years, to point out any hypocrisy in Him.

His disciples were silent, because there was none.

Since Christianity depends on Jesus, it is incorrect to try

to invalidate the Christian faith by pointing to horrible things done

in the name of Christianity.”

THE CHURCH IS A WORK IN PROGRESS– (and so are its members):

Like a cathedral, it may take decades or centuries to complete.  The process is long and difficult at times but someday…it will be complete, standing as a testimony to the power of Christ that will transform lives for the better.

Until the Church and all the followers of JESUS are glorified there will be, unfortunately, hypocrites in the Church.  That doesn’t negate Christianity or the claims of Christ.

” [HARK!]  An uproar from the city!  A voice from the temple!  The voice of the Lord, rendering recompense to His enemies.”

The disgrace of the proud and the JOY of the faithful is announced from the Church.  The thought that God Almighty will lift up the humble and judge the wicked is a fitting climax to the Book.

The hope of God’s people, not in the externals of religion (the “masquerade”), but in repentance and faith (the removal of the “MASKS”) and the power of God to enable us to live truly righteous lives.

Faith and power comes from the listening to and obeying God’s Word (Romans 10:17-18).  Even in the climax-ending to The Phantom of The Opera, the Phantom’s mask is gone; removed to reveal all his external flaws, his ugliness.  But Faith removes the mask and unlike the Phantom, reveals the beauty of Christ Jesus in who we want to be.

Note: Photos from The Phantom Of The Opera was provided by ALL MOVIE PHOTO.com/