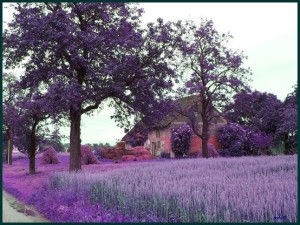 “And the Israelites dwelt among the Canaanites, Hittites, Amorites, Perizzites, Hivites, and Jebusites”  (Judges 3:5).

Next In Line Comes The AMORITES:

Who were they?  They were the forerunners of the Babylonians.  They didn’t believe that LIFE after DEATH held any PROMISE or THREAT.  Their religion focused only on THIS world.

Many Jews lost their FAITH in God when they begun to believe there was no life after death and no Resurrection.  This was the prevalent belief among the Sadducee s during the time of Jesus.

Alive and well right here in our day too.  Students in high schools in your community will say they don’t believe in Heaven or hell.  Many of them are convinced of reincarnation and many have no beliefs at all because they weren’t trained to be in anything!  They also won’t confess in an eternal God but lives only for now; they don’t believe in life after death.

You won’t have to look far to find some of these folks right in your own neighborhoods.  Are we just living this life and when it’s over, it’s over?  Those thoughts are inspired by the devil, the ROOT of that “Amorite Spirit.”  When you begin to DOUBT God’s POWER and His LOVE, you are getting dangerously close to being an Amorite in spirit and residing in the “Land of Purple”!

ARE THE PERIZZITES IN YOUR NEIGHBORHOOD?

One of the largest enemy nations dwelling in Canaan were the Perizzites.  They lived in smaller villages scattered over a large area with no walled cities for protection.  They LIVED LIKE SLAVES and eventually even became SLAVES under king Solomon.

What spirit can you see revealed in these Perizzites and how many of them are around your neighborhood?  More importantly, are you a Perizzite in spirit?

The spirit of a Perizzite is one of low self-esteem; a FEELING of WORTHLESSNESS, believing you are not capable of doing anything right and NOT up to the task that has been laid before you.

THERE ARE EVEN PERIZZITES IN THE CHURCH TODAY!

They’ve ALLOWED the devil to beat them down, convincing them that they are never going to be good enough to do a work for the Lord.  We are living in a time of change and challenge.  A lot of people are in trouble, throwing their hands in the air and asking these questions…

The WALLS OF DEFENSE can only be found on FAITH in God torn down.  They feel all alone and can’t seem to TOUCH God for an answer.

I’m not writing this BLOG to give you just a commentary on the Book of Judges.  But I am writing to give you a WARNING: the devil and his demons will use the events of the day to stir up more strife, stress, and ultimately sickness in both your body and your soul.

You need to know–you have no part in those things as God’s child.  When you stand firm in Him and only His Word–everything changes and the Perizzite spirit will have no effect! (Some of the thoughts expressed are from a Creflo Dollar letter I received today).

A Perizzite spirit reads in the passage of the Bible,  “Since ALL have sinned and are falling short of the honor and glory of God” (Romans 1:23); they really misinterpret it to mean they could never measure up to God’s standards, so why try?

So a Perizzite needs to take up his cross, pick up his shield of faith and put his trust in God’s grace.  Know that your FAITH can move mountains in sickness and in health.  And no, we will never measure up perfectly, never be good enough; but through the BLOOD of JESUS, His POWER is within us, and we can do ALL things because Jesus strengthens us (Philippians 4:13).

PERIZZITES are everywhere!  Constantly trying to bring you down to THEIR level and telling you it can’t be done!  If you LISTEN to the PERIZZITES you won’t BUILD A NATION; WON’T BUILD a successful marriage or a happy home; you WON’T get to go on that long-awaited vacation; you WON’T SERVE the Lord; and you WON’T make heaven your home.  They are LOST without HOPE and they want you to be the same way.

THE “HIVITES” YESTERDAY AND TODAY:

Another nation of enemies God allowed to stay around to teach His people how to fight and survive was the “Hivites”.  These HIVITES were a different kind of people than the rest.  They were the only nation in Canaan who didn’t practice circumcision of male children.  They dwelt in the high country, up in the mountains.

You can spot the spirit of the Hivite in your community and even sometimes in the church.  The HIVITE says, “I don’t care how much you preach about living a sanctified life, I’m going to do what I want to do.”

These are people who REFUSE to give up their hold on the worldly way of life.  They want to be a part of the church and ride the fence to be acceptable by their friends.  They won’t make up their mind.

Might you be a HIVITE?  Do you still LOVE the things of the world more than the things of God?  If your answer is “yes” or “maybe”, you need to CIRCUMCISE your heart, CONFESS the sin and allow Jesus to clean it out.  So come down off your high horse and submit yourself to Jesus.

FINALLY THERE WERE THE JEBUSITES:

The word “Jebusite” means “thresher” and refers to the beating grain out of the husk.  It is usually done through animals walking on the grain that was laid out over the “threshing-floor.”

Jebusite people have a spirit that treads or “stomps” on other people.  If your heart is “infected” with a Jebusite spirit, you tend to constantly put down and humiliate others.  By stomping on people, Jebusites make every effort to prevent them from growing taller by making people feel small.  They deliberately put others down anytime they see these “small” people and in doing so, try to establish their own authority.

–The spirit of racism is a Jebusite spirit.

JEBUSITES are enforcers of social order.  When one man looks on another and both are created in the image of God–regardless of the color of their skin or ethnic heritage, they automatically assume they are LESS of a man or woman.  A Jebusite spirit is present.

Do you JUDGE PEOPLE by their OUTWARD appearance?

–The clothes he wears?

–The food he eats?

–The job he holds?

–The house they live in?

–Or, the car they drive?

If you do then you have the spirit of a JEBUSITE!

Looking around, you will find that ALL of the enemies of Israel that GOD ALLOWED to stay around to try Israel are still around today.  Many Christians are still holding on to the world.  We think we can fight our battles on our own.  We must think that, because we don’t give them to God to fight for us.

In Judges, the Israelites came to the point in their world, of CRYING out:

“CRYING” to the Lord in desperation always brought results.  The Israelites turned back to God in REPENTANCE to drive out the CANAANITES, HITTITES, AMORITES, PERIZZITES, HIVITES and the JEBUSITES once and for all.  If Israel had obeyed God in the beginning, they wouldn’t have had to fight so many battles to get where God wanted them to go.  God would have given the VICTORY much quicker if they would have OBEYED the WARNING: Nearing “The Land Of Purple.”

IT’S TIME to put your TRUST in the ONE Who can deliver, Who can come through in time of need, Who is limitless in POWER and provision, then you can make a statement like this.  You have a supernatural advantage!

7 thoughts on “WARNING: Nearing “The Land Of Purple” (Part Two)”